The Cambridge Translational Prostate Cancer Group was formed in 2014 as a multi-disciplinary team including urology, oncology, radiology, pathology and basic science that meet to discuss and plan joint integrated research projects and ideas. The TPCG has to date we have collaborated on over 150 per reviewed papers. Our partners are all world leading researchers in their own right and specialists in their field. We have also led collaborations with experts in STEM sciences to bring their expertise to bear to address diagnostic and biomarker research in prostate cancer (use figure of the TPCG in the slide deck)

We are fortunate to have a wide range of academic and clinical experts with an interest in Prostate Cancer. They cover the full range of the multi-disciplinary team ranging from scientist working on the basic biology of the disease to clinicians who see patients and treat them on a daily basis. Working as a collaborative through the Translational Prostate Cancer Group (TPCG) we are the forefront of truly multi-disciplinary research.

Vincent Gnanapragasam holds a Personal Readership in Urology in the University of Cambridge and is Honorary Consultant Urologist at Addenbrooke’s Hospital, Cambridge. He graduated from Newcastle University and following basic surgical training, was one of the first trainees to be funded through a Cancer Research UK PhD for Clinicians and one of the first recipients of a CRUK Clinician Scientist Fellowship given to a surgeon. Vincent’s research has covered the full spectrum of basic science, translational, clinical and epidemiological disciplines in prostate cancer. His early laboratory work as group leader led to novel discoveries into the role of endogenous signalling regulators (SEF/SPRED) in prostate cancer development and mechanistic insights into treatment resistance from growth factor inhibitors.More recently, he has developed novel, more accurate, prognostic prediction models for both group stratified cohorts Cambridge Prognostic Groups and for individualised prediction Predict Prostate and pioneered risk stratified pathways for active surveillance follow up. These models have been shown to outperform current guideline endorsed risk models and have been adopted into local and regional guidelines. Predict prostate is the only decision aid endorsed by the UK NICE National Guidelines on prostate cancer.

He is Chief Investigator of the DIAMOND prostate cancer and urological biobank, which hold over 3000 bio-samples, tissue and annotated clinical data. He is CI of the TAPS01 study, NIHRi4i funded CAMPROBE study (based on his invention of a new simple device for infection free prostate biopsies), national Predict Prostate patient RCT and multi-centre PRIM biomarker-imaging cancer detection study. His work has been cited in prostate cancer guidelines by NICE and the European Association of Urology. To further interdisciplinary research in prostate cancer he established the Translational Prostate Cancer Group (TPCG) in Cambridge with colleagues from urology, oncology, radiology, pathology and basic science. The TPCG have so far collaborated on >50 peer reviewed papers with a combined grant income of >£3M. He has also established links with STEM scientists to develop biosensors for cancer detection across different platforms.

He is a member of the UK ICGC prostate group and on the clinical steering committee of the International Pan Prostate Cancer Collaborative. He is a founder member of the International GAP3 Active Surveillance consortium. To date he has raised over £4M in personal research funding covering basic, translational and clinical trials research, over £5M as co-investigator and published over 140 peer reviewed papers. He is also joint applicant on research collaboratives that have secured over £70M in funding. More recently, with colleagues from the TPCG, he has established a platform for Integrated Genomics and Clinical Profiling to explore the potential for targeted adjuvant therapies to improve primary cure rates in poor prognosis prostate cancer.

In the University of Cambridge, he leads the University Academic Urology Group and established the Cambridge Urology Translational Research and Clinical Trials office which has recruited >1600 patients to various NIHR and portfolio urology trials. He is also clinical directorate lead for urology research. He holds patents and has won numerous prizes for research, including the CE Alken prize, Urological Research Society Medial, Hunterian Professorship and is the recipient of a University of Cambridge Vice Chancellors Award for Research Impact (Established Researcher). He is also Visiting Professor at Anglia Ruskin University.

Dr Charlie Massie is a Junior Group Leader in the Early Detection Programme at the Cancer Research UK (CRUK) Cambridge Centre and a CRUK Career Development Fellowship (CDF) holder. He is using his bioinformatics and cancer genomics experience to develop tests that will distinguish at an early stage potentially lethal prostate cancer and benign or indolent lesions.

Charlie is at the ‘Establishing independence’ stage in our Competency Framework for Fellowships, and here he explains how he demonstrated in his application the skills and experience we expect of researchers at this point in their careers. He also tells us how our CDF puts him in an excellent position to move from translational research to prospective clinical trials and ultimately clinical implementation.

Dr Tristan Barrett graduated from St. George’s Hospital Medical School, London in 2002. After completing his Royal college of Physicians examinations, he worked as a Visiting Fellow at National Institutes for Health, USA in the Molecular Imaging Program from 2005 to 2007, under the tutelage of Dr Peter Choyke. Research projects at NIH included prostate cancer MRI, angiogenesis imaging, and the bench-side development of targeted contrast agents. He trained in radiology at Addenbrooke’s Hospital, Cambridge, and developed an interest in education, becoming a Fellow of the Higher Education Academy, and co-authoring books for medical students and residents. On completion of radiology residency, he undertook a fellowship in body imaging at the University of Toronto, Canada. He is currently a University Lecturer in the Department of Radiology at the University of Cambridge and an Honorary NHS Consultant Radiologist. His main clinical research interest is in prostate cancer, with a particular interest in multi-parametric MRI techniques for identifying and characterising prostate tumours.

Dr Harveer Dev is a CRUK Clinical Lecturer in the Early Detection Programme, and Honorary Speciality Registrar in Urology, with a research interest in genome stability and prostate cancer. Harveer, a clinical urologist by training, has completed five years of postgraduate basic research developing knowledge and technical capabilities in the field of DNA repair in cancer. His primary research aim as a Clinical Lecturer is to explore early intervention with DNA damage response, targeting agents in high risk, early stage prostate cancers to address the key question of “how can we distinguish indolent from aggressive disease?” Harveer read Medicine at St John’s College (Cambridge) before completing his basic surgical training at Addenbrooke’s Hospital. He was formerly a Fulbright Scholar at the Dana-Farber Cancer Institute, developing his research interest in genome stability. He undertook a Wellcome Trust PhD in Biochemistry with Steve Jackson (Gurdon Institute). During this time, he discovered the Shieldin complex, a critical mediator of DNA double-strand break repair, and characterised its role in treatment resistance in BRCA1-mutant cancers. Harveer has recently been awarded a grant to establish patient-derived ex-vivo model systems, which he will use to identify key drivers of genomic instability and hence potential biomarkers of disease progression, and highlight opportunities for early therapeutic intervention. Working with the Massie group, he aims to complement this strategy with single-cell RNA sequencing approaches, in order to identify unique patterns of gene expression in primary prostate tumours that may be harbingers of lethal disease, and which can be detected years prior to the emergence of distant metastasis.

Examples of open clinical trials include:

A Study of the CD73 Inhibitor LY3475070 Alone or in Combination With Pembrolizumab in Participants With Advanced Cancer. NCT04148937

Dr Yvonne Rimmer is a consultant clinical oncologist at Addenbrooke’s Hospital, Cambridge and West Suffolk Hospital, Bury St Edmunds. She gained her medical degree in 1996 from University of London. After completion of general medical training in London and Australia, she undertook specialist training in Clinical Oncology at Addenbrooke’s, Ipswich, Norfolk and Norwich and Colchester Hospitals.

She was awarded a post graduate research degree (MD) from the University of East Anglia in 2009. Her main research interest is in radiotherapy technologies to enable accurate precise treatments to be delivered to patients. Her research development of image-guided radiotherapy (IGRT) in prostate cancer using gold fiducial markers facilitated this to be introduced as the standard of care within Addenbrooke’s Oncology Centre. She lectures nationally on IGRT and trains professionals from other centres within the UK. She is a lead investigator for urological radiotherapy trials at Addenbrooke’s.

Dr Anne Warren graduated in Medicine from University College London and is a Consultant Histopathologist at Cambridge University Hospitals NHS Foundation Trust, with many years of experience as a subspecialist in urological pathology. She is an Associate Lecturer at the University of Cambridge and is a regular lecturer on the East of England Advanced Histopathology Course and the British Association of Urological Pathologists (BAUP) Testis and Renal Course.  Supported by the NIHR funded Cambridge Biomedical Research Centre and the CRUK Cambridge Urological Malignancies Programme, she is actively engaged in urological cancer research, in particular prostate and renal cancer, collaborating on national and international research studies and clinical trials.  She is a member of the Cambridge Translational Prostate Cancer Group (TPCG) and the Cambridge Renal Cancer Collaboration (CamRenCan) and a member of the International Cancer Genome Collaboration (ICGC) UK Prostate Group and the Pathology Working Group of the international Pan Prostate Cancer Group.  As a member of the International Society of Urological Pathology (ISUP) 2019 Consensus Conference Working Groups, she is a co-author of the recently published ISUP guidelines on grading of prostate cancer. She is also an author of the current Royal College of Pathologists histopathology reporting dataset for adult renal parenchyma neoplasms and is a member of the Editorial Board of Diagnostic Histopathology.

Jorge de la Rosa studied biology and completed a PhD in his native Spain. Jorge’s PhD research revealed that a protein causing premature ageing, called prelamin A, can also protect from cancer, settling decades of debate in the research community. Following on from his PhD, Jorge was awarded a prestigious FEBS Long-Term Fellowship, and decided to move to Cambridge in 2014 to pursue his scientific career under the supervision of Prof. Allan Bradley. His postdoctoral studies focused on using complex genetic models and screening approaches to gain insights into the genetic and non-genetic mechanisms driving prostate cancer. In 2019 Jorge was appointed Associate Principal Investigator at the University of Cambridge, hosted by Prof. Bradley in his laboratory.

Kelly Leonard During her training Kelly developed a passion for oncology and on completion of her nurse training in 1999 she commenced a career in this area. Kelly worked within a palliative care ward, an inpatient chemotherapy ward, within the outpatient chemotherapy setting where the focus was not only on oncology but also haematology patients and their associated treatments and also within the information setting. She has been lucky enough to work within some great teams at Addenbrookes Hospital, Mount Vernon, Milton Keynes and also CancerBackup.

At the core of Kelly’s career along with her passion of working with patients there has always been research and this has always been an area that has been of great interest to her and has been at the forefront of all that she has done over the years. In 2011 she started her current role within Addenbrookes Urology Department as a research nurse for urology. Within this role Kelly has worked on over 30 NIHR portfolio, commercial, translational and investigator led studies that span benign, reconstructive urology and urological cancers. She has been the lead research nurse for these studies and recruited in excess of 1200 patients along with the PI’s which has resulted in Addenbrookes being amongst the top recruiters both nationally and internationally for some of these studies. Alongside this, Kelly has also been involved with outreach training for our own national studies and is a regular presenter on our Informed Decision making course. She has presented locally to our clinical team and also nationally at BAUN, winning best poster presentation, and internationally at the SIU where she is a panellist for the nursing symposium. 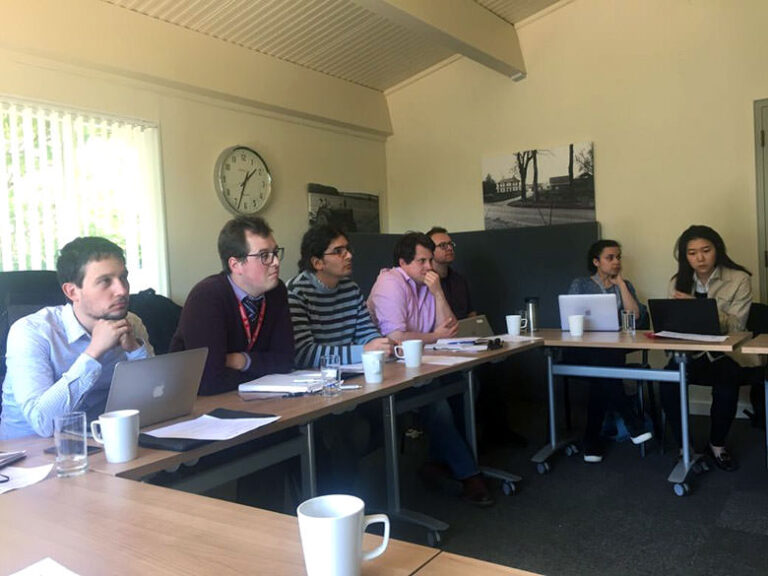 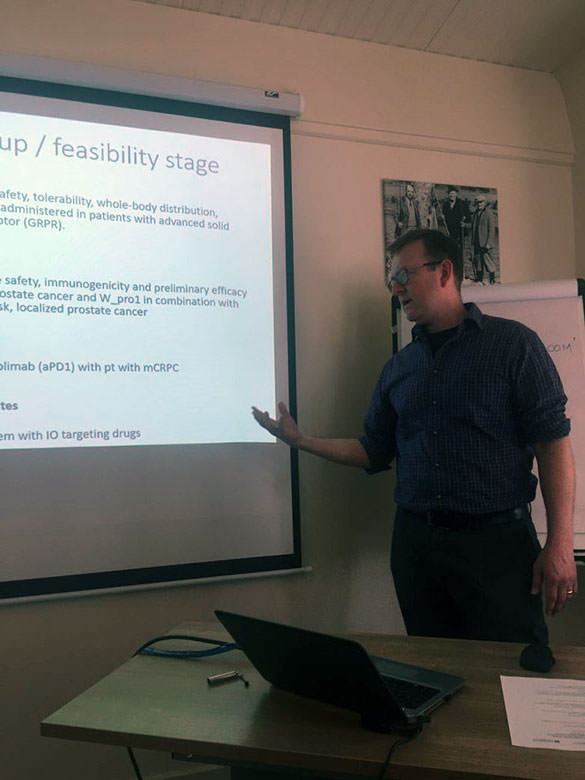 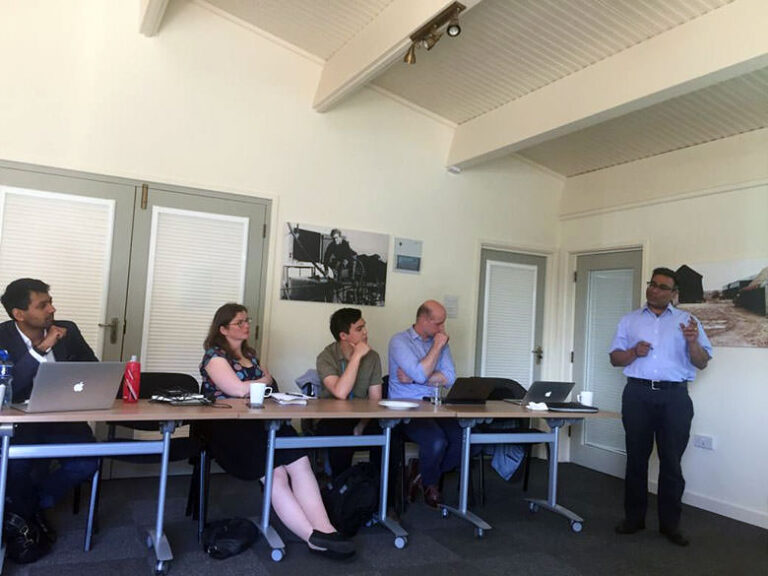